Over the past years I’ve had a lot of questions about my gear. More so about camera hardware and post processing software. I’m not a professional and the gear I have selected offered me the greatest value per dollar I could personally afford. Keep in mind I didn’t just buy all of this stuff in one sitting, I have accumulated this over several years through trial and error. I’m usually in less than favorable conditions for Photography and Videography so to speak. My gear is subjected to moisture, saltwater, dust, dirt, mud, sand, loose women, curious children and rain more often than not. Anyone who is interested in nature (fishing, hunting or exploring) can tell you this is a problem that will remain consistent.

First off Protection! while I’m transporting my gear, either by boat, submarine or in my jeep. I have found comfort in knowing that it’s safe nestled inside a Pelican 1500 (17″ x 11.5″ x 5″ for size refrence, I could fit roughly one overweight Pug or two chuwahwas in it).

This case is pretty tough, weather sealed with a pressure relief valve for altitude and temperature changes I couldn’t feel any better about my gear on the boat. I actually thought one time I was going to use it as an improvised flotation device (that was a sketchy situation though..) it comes filled with what some call “pluck and pull” foam. Essentially it’s just foam that has been perforated for ease of customization. There are many products just like these that I’m sure can be had for a bit cheaper price. Look around and see what fits your budget and taste. I chose the tan color in hopes of reducing the amount of heat that my gear is subjected to in the hot summer months living in Florida. Some claim that color and temperature is a myth.. I won’t go there though. 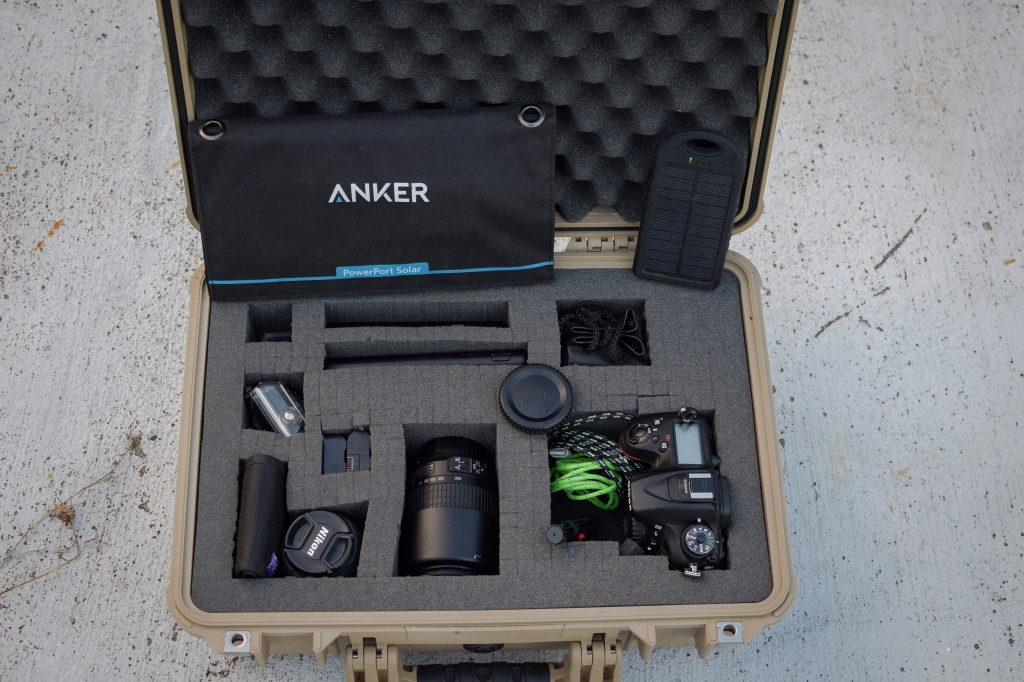 When I first really took the leap and purchased my first DSLR I looked everywhere for something that fit not only my budget but my future endeavors. I really liked the Canon line Just the same,but I had heard some really good things about Nikon. A dirty little secret .. my wife has the Canon Rebel EOS Xti and while I liked using it (regardless if the batteries were shot or not) something about it just felt “cheap”. Knowing how I seem to be prone to rougher situations I wanted something that felt solid. Before the Canon fan-boys/girls smash their keyboards.. keep in mind I’m on a budget and yes while the lenses are cheaper (in some cases for the Canon) the camera bodies were almost $300-$500 more per the others equivalent. Yeah, yeah I can hear you now.. “because it’s a quality product..” etc. Honestly I really wanted the 5D mark III however the $2,600 sticker price ripped me from my “big boy pants” and I relaxed in my tightie-whities once again clutching my wallet. 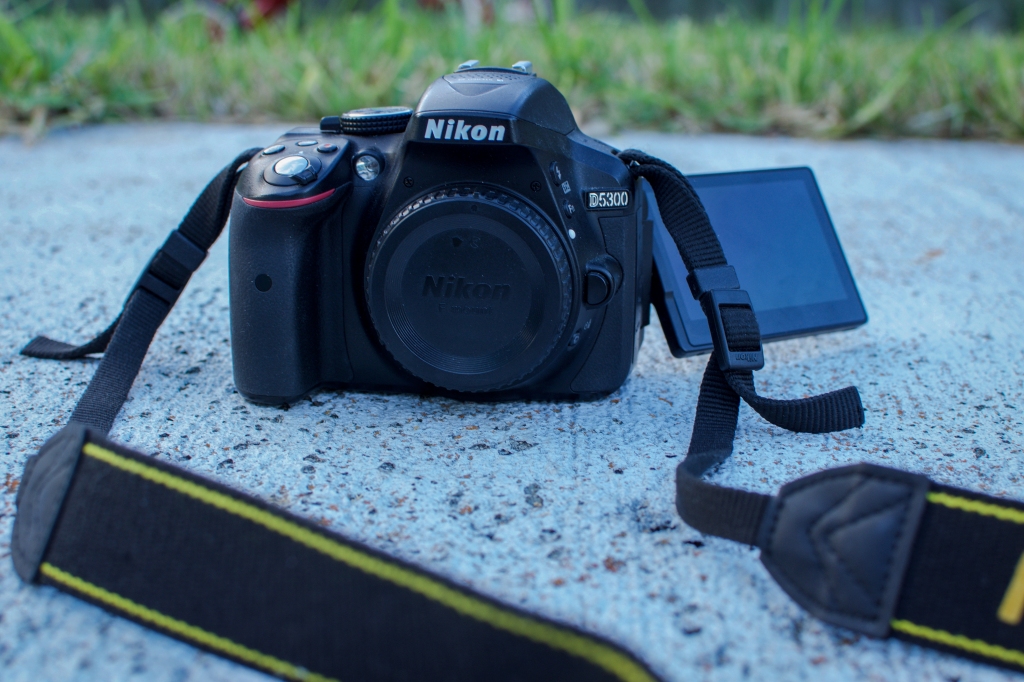 Never the less I opted for a cheaper cost efficient platform I could learn on that had some valuable features I was interested in. So there it was several weeks later a refurbished D5300 showed up on my doorstep. The WiFi option and flip out screen seemed like a great thing to have at the time. If you are interested in the overall performance spec’s you can find them @ Nikon or through a quick Bing search. Boasting a 24 Mega-Pixle DX crop sensor I was ready to learn some stuff. I believe the camera never left the manual mode the entire first year it was in my possession, okay maybe once. After a while I started using it for video and the flip-out screen was awesome for this (the camera will only record in live view). Live view uses the rear LCD screen to display the current subject you are recording hence the name “Live view”. This camera went through a lot of rain storms and dust that’s for sure. In the beginning I didn’t have the Pelican case, I simply used my backpack and toted a Garbage bag around with me for emergency rain situations where protection was “vital” and garbage was ever present. After awhile I noticed that my beloved Nikon was not impervious to damage and malfunction, it had developed an metering malfunction making it difficult to record video in (A) “Aperture priority mode”. I was going to send it back because it had a warranty at the time, unfortunately with my yearly Everglades trip on the horizon I knew it wouldn’t be back in time. I had already started looking at other options to replace it, yes I considered Canon again but I already had two Nikkor DX lenses (18-55mm f3.5-5.6 kit lens and a 55-200mm f4-5.6 lens) so once again I stuck with the same platform I was most comfortable with and the best camera I could afford at the time. Eventually a new Nikon D7200 landed on my door step followed by a Nikkor 35mm f1.8G. This camera has been amazing thus far. I believe last time I checked its at almost 6,000 shutter actuations and it still feels and looks brand spanking new. Bare in mind that 6,000 actuations isn’t too much but they have been 6,000 actuations in some rough conditions.. storms, rain, overnight time lapses unprotected etc.. The biggest thing I can say is do your research and find what camera fits your budget and that has features you will use. These things add value to you as the consumer and user of the camera that you are placing your hard-earned greenbacks towards. The camera is just half of the equation, nothing can beat a good quality lens. The lenses will set you back depending on what you are looking for. My uncle for example has told me he spent around 8k for one lens! Photography can be very expensive.. so the next time you are looking around for wedding photographers and wonder why they change so much, it’s because they have lenses to buy and credit cards to pay off, amongst other things in life. 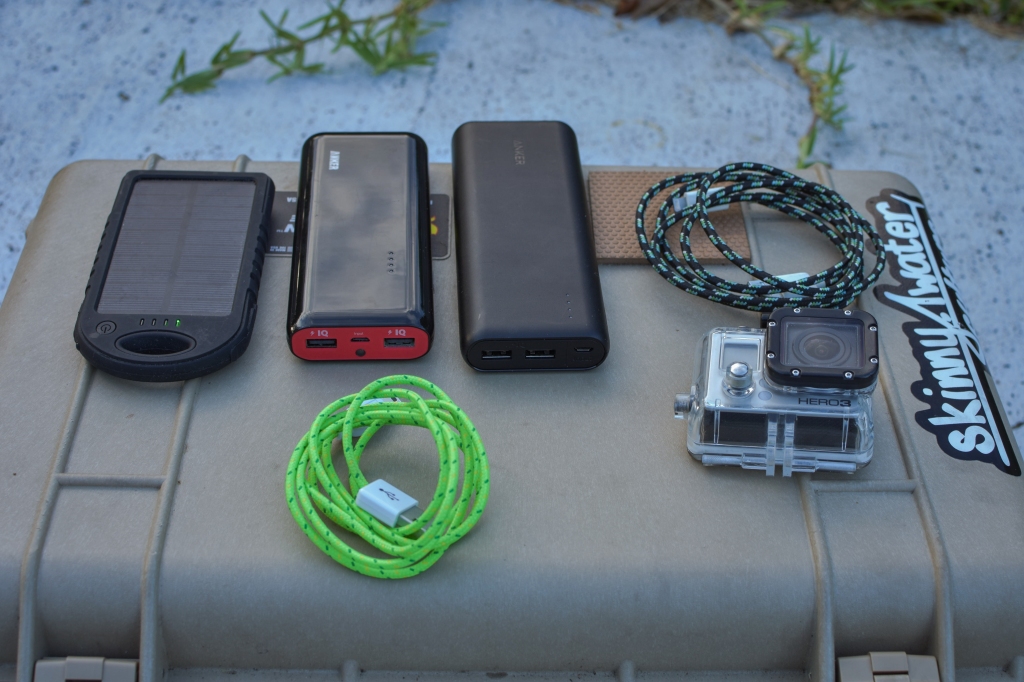 For underwater shots I have yet to find the ability to justify spending more money on an underwater housing for the D7200 than I physically paid for the camera. Enter the GoPro.. everyone knows these cameras are little tanks and workhorses of all things extreme sports so it needs no introductions. I have found it works well with time lapses and wide-angle camera shots at times. The video quality has been upgraded over time and the new GoPro Hero 4 is great all around rig. I currently have the Hero 3 Black, it has served me well the last four or so years, although I believe its time for new batteries. I use a 64GB class 10 Micro SD card for the GoPro and I have dual SD card slots on the D7200 that have two more 65GB cards, I have yet to ever fill them. Honestly batteries are the limiting factor for the GoPro, we will talk about how to combat that. Quit asking Scotty for more power, he’s giving her all she’s got.. while on the water, camping, backpacking overall anything outdoors it’s not always possible to stay connected to a power source.. or is it? I have learned that one of the most powerful and dangerous resources is the sun. I have chosen to utilize a Anker PowerPort Solar setup. This unit is supposedly rated at an output of 21 Watts @ 3A overall while some research has found that it can average between 15W and 18W (depending on location in relation to how much obstruction between it and the sun). Consider this, the regular brick type power supply that apple and Samsung supply your phone charge with limits its capacity to a consistent 2.1A @ 5v so either way its doing something, it may just take a little longer due to constancy with the solar charger. I have found in direct sunlight I can charge my iPhone 6+ in about 2hrs, plenty fast enough to keep the next Rebelution track from ending suddenly while out fishing or camping. But what about at night Chris? When the sun has traveled to enlighten those on the other side of the planet you say? That’s where the portable battery packs come in. Those two flat, black objects two pictures above are batteries. The capacities of both together is 33,100 Mah and an extra battery containing 5,000Mah capacity pushes me to 38,100Mah enough for me to get tired of looking at scantily clad women seeking attention holding fish for about two weeks, and that’s if I decided to log onto Instagram and look at what my friends are liking..

The beauty is that the solar charger can be used in conjunction with my GoPro at the time to maintain its less than adequate battery life and performance that has fallen off with age. While I’m sure some will just say “buy another battery” or “carry extra GoPro batteries” I find this null and void since I really could careless to keep my phone charged over recording some questionably great footage. As for the Tri-Pod, its just that.. Nothing special. I actually scored it from work while cleaning up the shop, when the boss wants something out of the shop especially when it comes to camera gear he knows who can get the job done. I use a set of cheap lens filters mostly the Polarized ones, just like the glasses companies our eyes rejoice for, they work the same way. the kit comes with a ND filter, UV filter and a polarized filter. I keep a lens cloth and pen type cleaning tool with me to clean delicate surfaces when things go wrong, and believe me they will. Murphy is..well you know, it rhymes with ditch.. 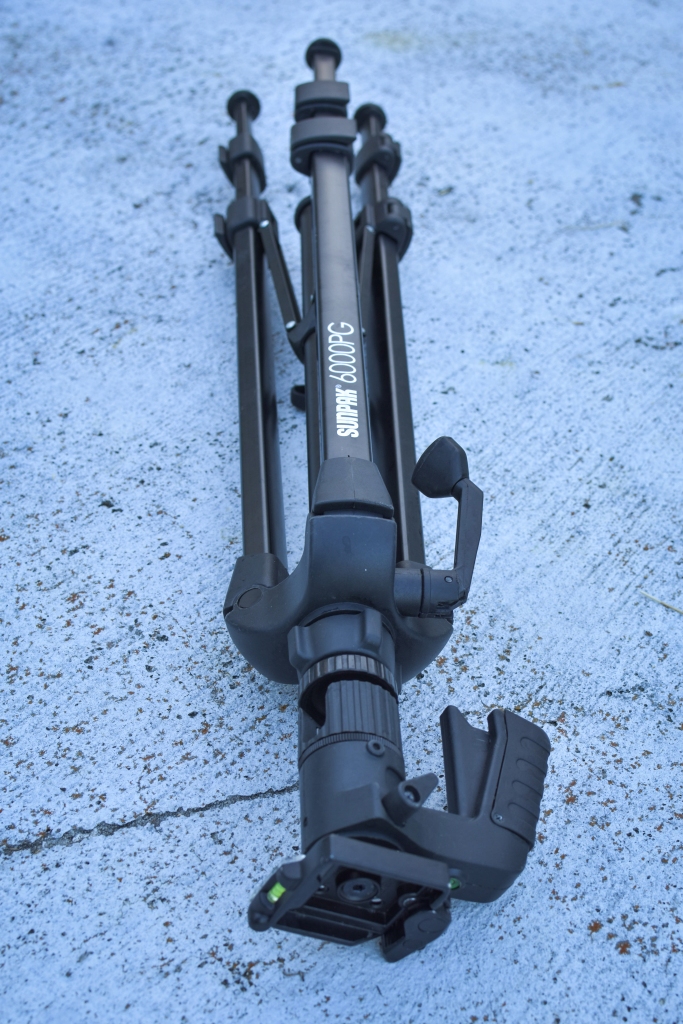 As for post processing I use a Macbook Air with upgraded RAM. The factory hard drive is far too small so I opted for a 2TB external hard drive to store my work on and keep everything nice an organized in. Organization will be your friend and do it from the START! don’t be lazy. Folders take up no space themselves so folder the hell out of that thing and store all your stuff accordingly. As for software when I began this endeavor into photography I went to Adobe and started an account with them, for Photography I use Lightroom and Photoshop for my go-to applications. There are other cheaper options im sure but that will be for you to decide. personally I grew up watching friends mess around on Photoshop and figured it was just the standard. Eventually when I got into more Video work I opted for the larger plan Adobe offers and it literally gives you access to all of their applications for a wonderful monthly charge that I look forward to.. not. For video work I have begun to understand Premier Pro and After affects a little more each time. sometimes I just make random videos of my wife sleeping on the couch or the lazy good for taking up space cat that resides in the house. All in all the best thing to do is continue using whatever software you have until you have reached its maximum potential. Be creative and when you first start don’t expect it to be easy or the greatest thing on the web. Be humble and express yourself, eventually you will develop a style or a creative touch that sets you apart from every other video/picture on the web, either way never give up if it’s what you truly enjoy. 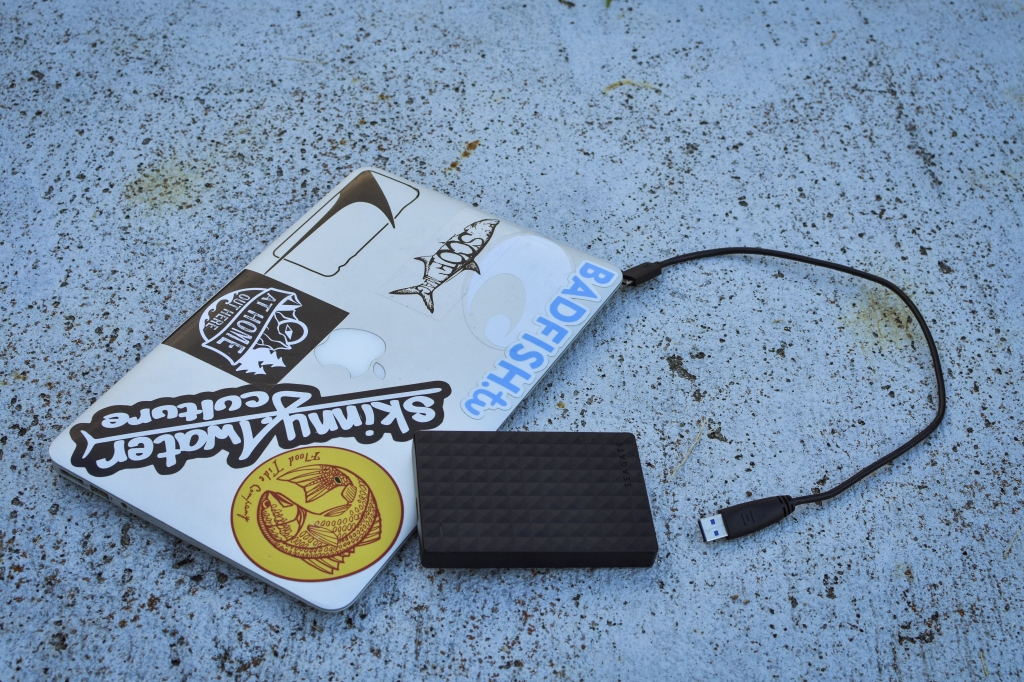 If you have any other questions for a beginner/amateur like myself please fire away, otherwise YouTube reviews and information will be your best friend. Thanks for the read!