For those of you that are unfamiliar with the the Ocala National forest, It is the second largest nationally protected forest in the united states. According to wiki it makes up roughly 430,447 acres and was established in 1908. I’ve never been one to find pleasure in staying home over the weekend and apparently it was a mission between the two of us (Nate and myself) to makes sure we weren’t to miss out on an evening of star gazing, tossing back brews, chatting with friends, And laughing out loud. 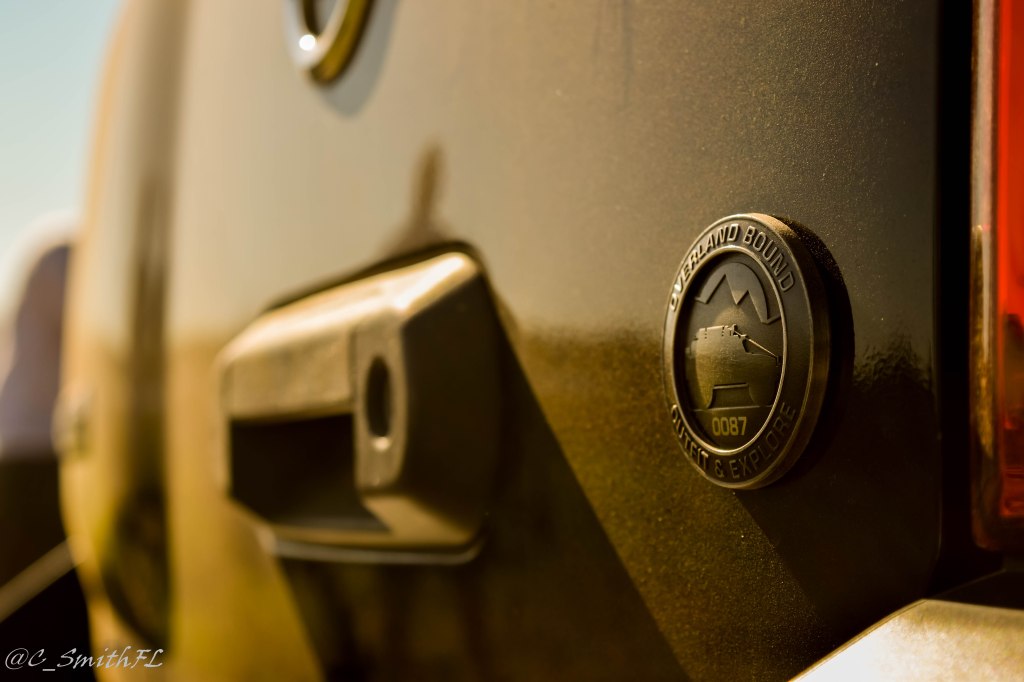 My Friday had started early with the Intention of heading to our local estuary for a fishing trip that was left in the trash after a last minute decision to camp in a very overly populated area. And of course to no avail the plan “B” was a wash and felt more like a full on assault on our human rights as we were unable to locate another “camp site” in princes place preserve.

By the time my Friday work day had slid off my back like a rhino in heat and any thoughts on an evening outdoors was erased from my mind, I was in route to one of my friends house for some grilling and family time. As we watched the sun fall behind the palms and laughed about old times when we were younger. After dinner I had received a call from Nate and Bill calling for “assistance”  they had become “stuck” in one of the largest holes and he was making no head way to free himself. With a couple of decisions to make and a talk with the family I had known it would be roughly an hour and forty five minutes before we would even be near him. I had received GPS cords. to 29*05’10.6″N 81*46’28.8″W loaded in the nav. My friend James and I had set off on a recovery mission. With gear already loaded in Xterra because of the prior trips that had fallen through, We just needed a pit stop for fuel and drinks. Knocking on 11:00 pm we had finally hit the dirt and were on the way. With spotty cell service I sent out a call and no answer. moments later a set of headlights had begun to follow me some 400-500 yds. back and figured it was a late night wheeler looking for some fun in the dark. I pulled over to try my cell again before I hit the small atv trails. My phone lit up with our friend Bill calling to see where we were. within minutes a trusty, and very dusty Toyota four runner had pulled up behind us as to say ” HI !, Where to next ?” looking like a puppy wanting to play. Out stepped Bill and Nate with smiles on their faces greeting us with hugs and laughter.

Several photos later we were on the road and cruising some trails. At night you seem to loose the comfort of daylight and the forest comes alive. The trees out stretch their branches like arms of the undead and their fingertips leave stories of battle across the clear coat of your rig. Sugar sand feels more like a never ending pit of quicksand and with traction control off you can feel a constant battle between forward movement and a slow decent into the underworld. Eventually newtons law comes into effect unless you can keep the balancing act of throttle vs wheel spin under control.

Of all the plants in the forest, I despise the “musical” scrub oak. It’s branches playing sweet melodies across the doors, mirrors, wheels, practically any surface in which They can find friction. After about and hour of searching for a nice spot to camp we came across a spot on the back side of a lake that seemed like nice level ground and a good place to setup camp. I setup my tent while James searched the woods for some fire wood. 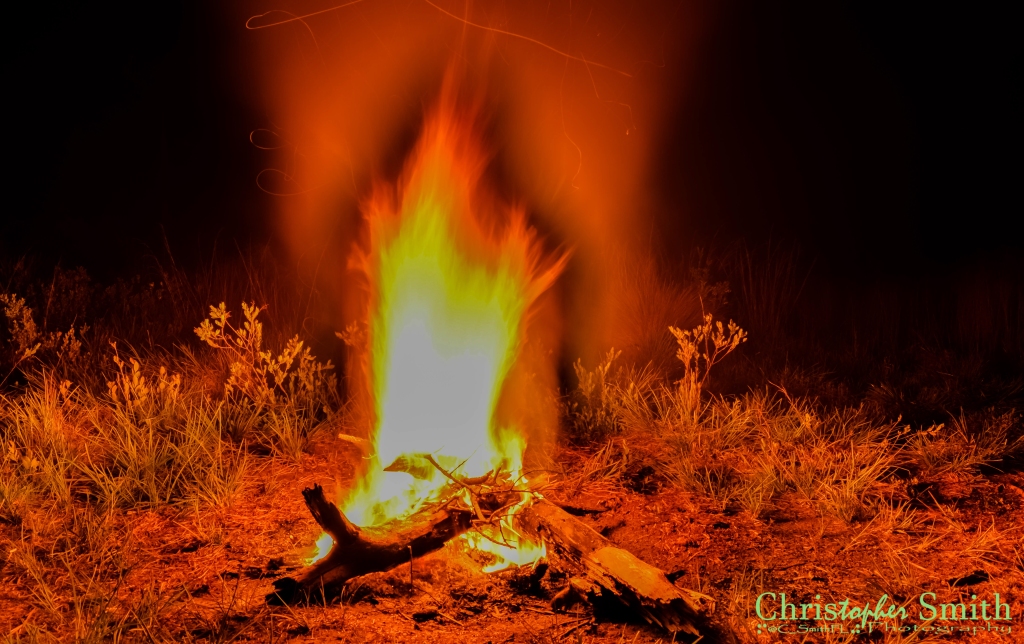 Nathan and Bill had the same idea except they had yet to eat. with the camp fire lit and bedding and tents pitched we watched mother nature drop into a slumber, bull frogs in the distance didn’t take note.

The smoke from our camp fire climbed overhead in the calm night and with the cooler temps it was paradise. Headed to bed I found it a tradition to play wild boar mating calls over my cell phone before we all fell asleep. (As we normally do, just for poops and laughs).

The morning came just as fast as the headache I had awoken to. The night had brought 43* temps and the morning was soaring quickly to a 78* day. Facing the sun and peering from the tent at about 9am I had felt as if the sun reached into my soul and back handed the snot from my sinuses. stuffy and forever grateful to a friend that eleven hours earlier was in need of assistance I had felt forever in debt to a friend that I would rescue without hesitation time and time again… 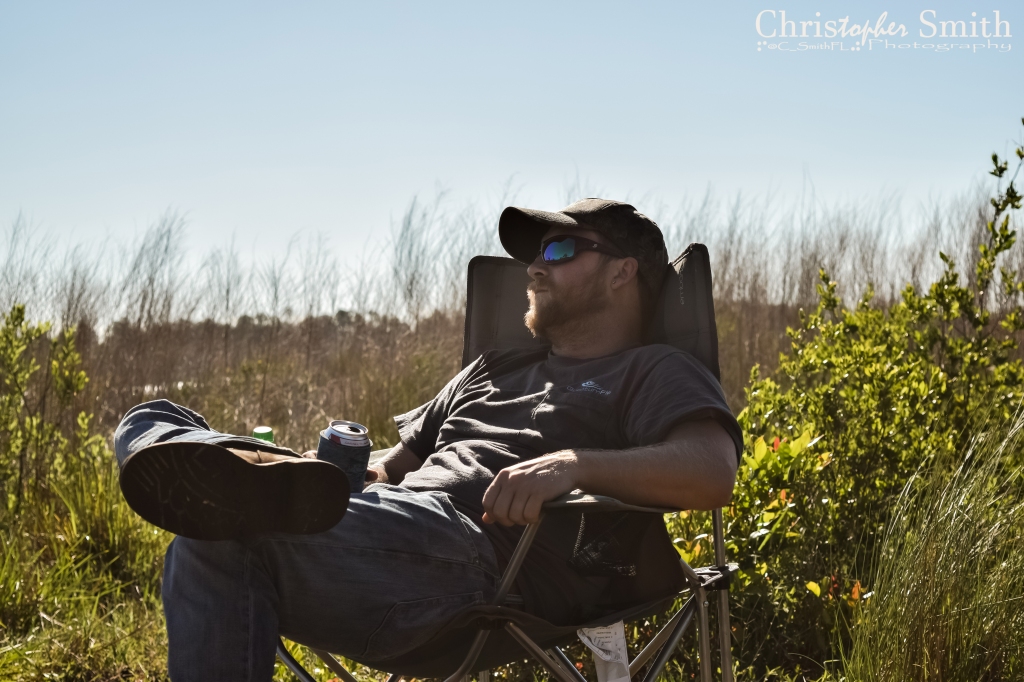 ^James soaking up the sunshine 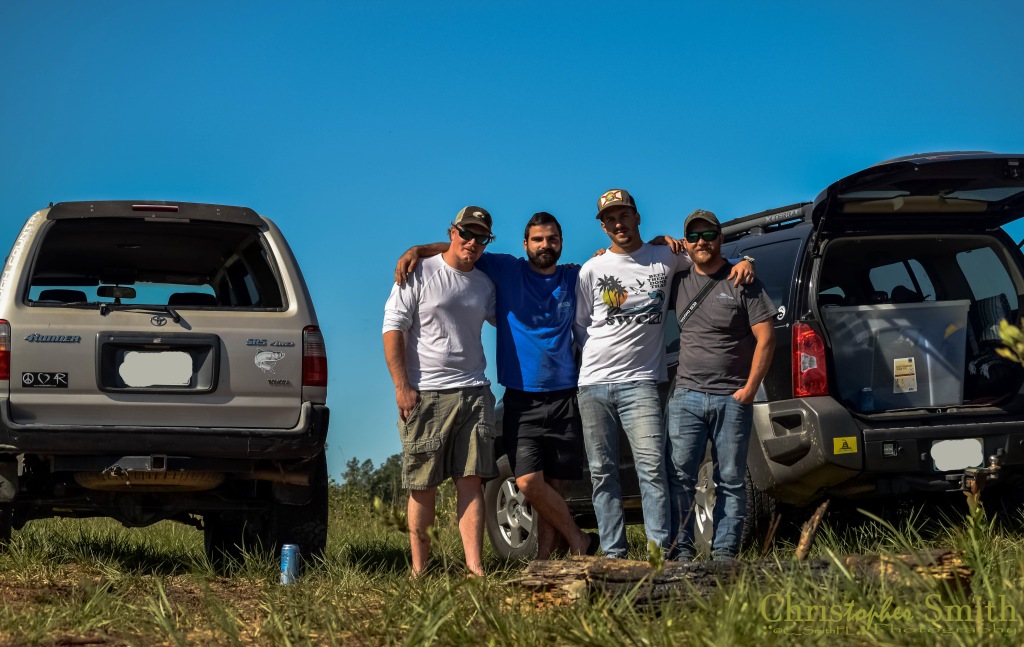